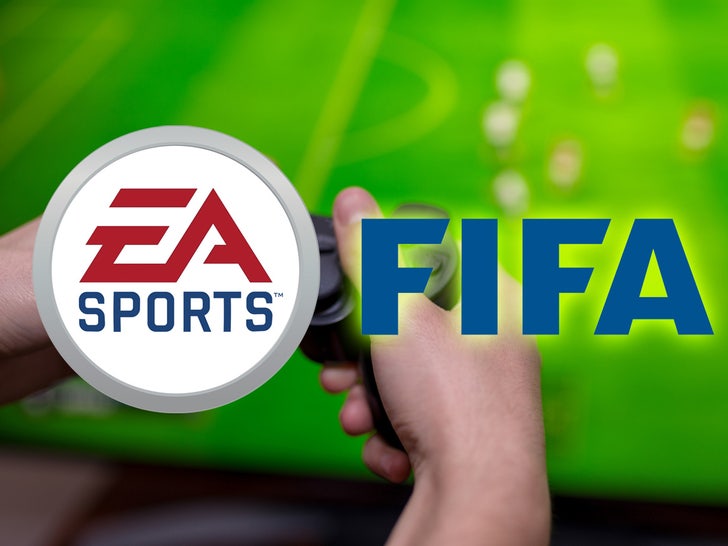 After almost three decades together, EA Sports announced Tuesday its iconic partnership with FIFA is now over … and its soccer video games will move forward as “EA Sports FC.”

FIFA 23, which will be released sometime in the fall, is expected to be the last game featuring the two giants together before EA moves on with its new line of games.

EA Sports officials promised the end of the partnership won’t impact the ’23 version of the game … and added they expect the game to remain the same — and, in fact, significantly improve — in the following years despite the new name.

“Next year, EA SPORTS FC will become the future of football from EA SPORTS,” officials said in a statement Tuesday. “Alongside our 300+ license partners across the sport, we’re ready to take global football experiences to new heights, on behalf of all football fans around the world.”

According to the NY Times, EA and FIFA split after the soccer org. was looking to double the amount of revenue it received in the deal. It had been getting, per the outlet, about $150 million annually.

The Times also reported that the money, albeit important, wasn’t the only reason a new deal wasn’t reached, but rather, the two sides had different expectations about what should be included in the agreement.

EA execs reassured fans that “EA Sports FC” will still be the epicenter of the football video game world going forward — with partnerships with the Premier League, LaLiga, Bundesliga, Serie A, the MLS and more still intact.

Since 1985, Beauty 21 Cosmetics, Inc has taken pride in offering the …