Darragh Ennis, 47, has addressed his 12,500 followers after they said they were “missing him” on the TV. The Chase star responded that he had not disappeared altogether and would be making a return on a Virgin Media One show today.

The new chaser typed: “For those who are missing me on TV….

“I’ll be on the 6 o’clock show on Virgin Media One tomorrow,” he added.

It replaced The 7 O’Clock Show after Emmerdale and Coronation Street returned to TV3. 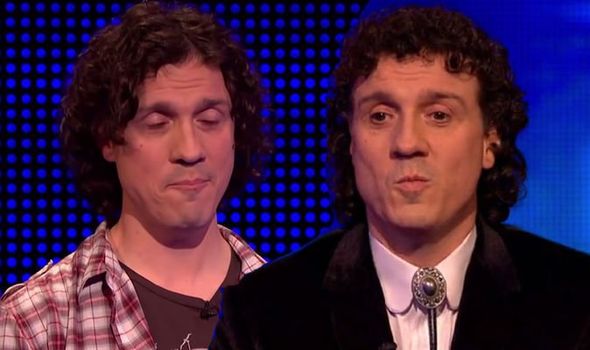 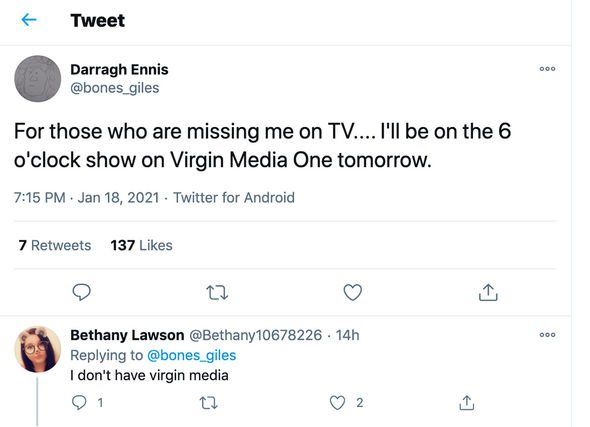 Fans were overjoyed that he would be making a reappearance, as they tweeted their relief at the news.

One said: “Looking forward! Been a while since you been on the tele! x.”(sic)

While others were left disappointed as they did not have access to the channel.

A second replied: “I haven’t got Virgin media.”

And a third remarked: “I don’t have Virgin, it’s a shame honestly.” 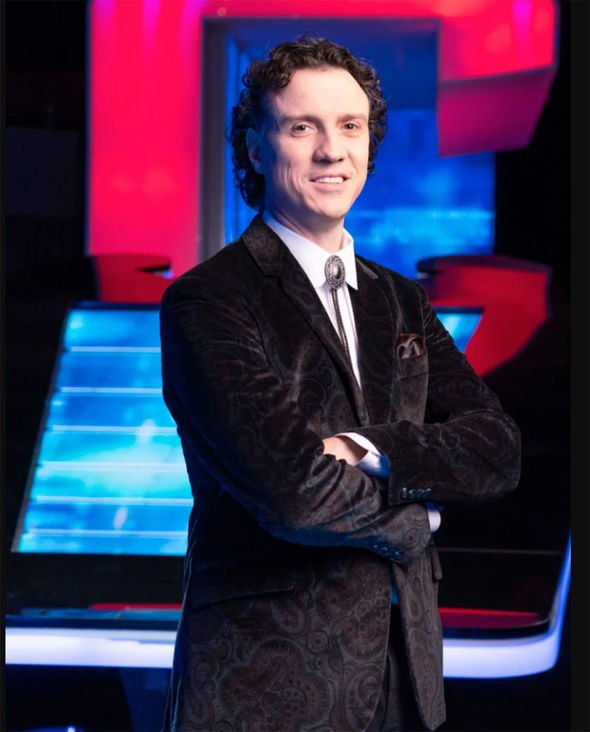 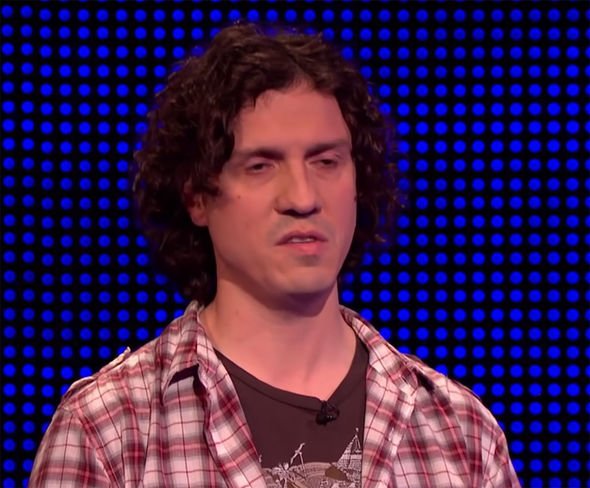 Another user commented: “I don’t have Virgin media…now my smile has gone.”

It comes as Darragh was forced to deny that he had been sacked, after a period of absence from ITV’s The Chase.

He previously tweeted: “Sigh. I’ve not been sacked.

“The nature of random scheduling means sometimes we don’t have a show air for a little while, and sometimes we’re on 2 or 3 times in a week.”

His comment came after fans worried The Menace had been ditched, noting he was not on the show “yet again”.

One had tweeted: “Has Darragh just not recorded many post-lockdown episodes? This is ridiculous.”

While another asked: “Have they sacked The Menace?”

The Chase has aired for 11 years and Darragh is the newest Chaser to appear on the programme.

Darragh is an Irish research neuroscientist, who was signed up to the programme after originally being a contestant who impressed on the programme.

His debut on The Chase was watched by 4.9 million viewers, however, he did not take part in the second series of spin-off show Beat The Chasers due to a scheduling conflict.

Darragh first appeared on The Chase on November 19.

He has been nicknamed “The Menace”, and is yet to be beaten by contestants.

The star also made history by offering one player £120,000 if she went high, which she did only to lose her chase.