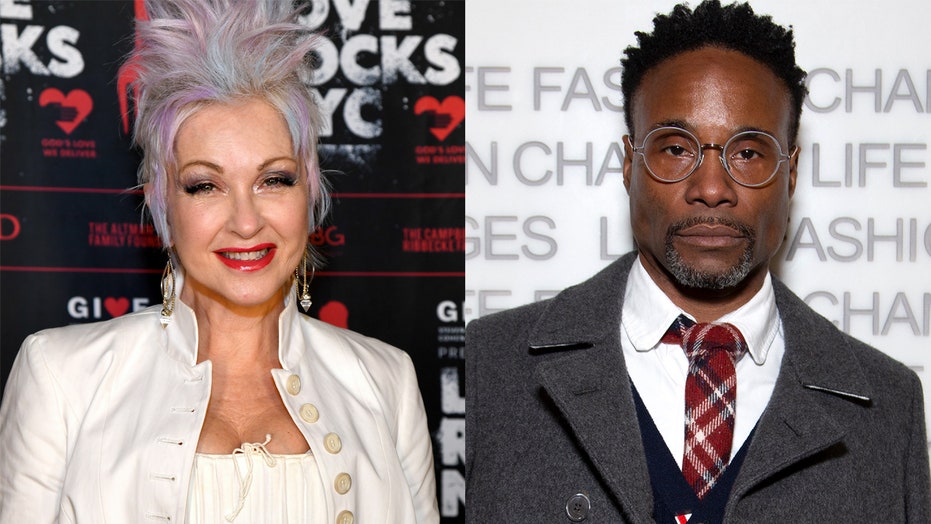 Cyndi Lauper and Billy Porter left 2020 with a bang.

The 67-year-old music icon took the stage in New York City last night to celebrate New Year's Eve and performed a number of her songs, including "True Colors" as a duet with Porter.

The number, which kicked off her set, was immediately criticized on Twitter.

"Cyndi Lauper and billy porter just sounded like two 8 year olds putting on a 'show' for the adults with the intention of asking for a sleepover after," said one user.

"That Cyndi Lauper and Billy Porter duet was the true pandemic of 2020," wrote another.

"Cyndi Lauper is currently pulling off the worst NYE live performance in history," said another. "Turn it to ABC right now. It’s a glorious train wreck."

Yet another called the kooky performance "a drug trip," while one more viewer noted that the performance "pretty much sums up 2020."

Lauper is, of course, known as one of the 1980s' most popular stars. Outside of "True Colors," her most notable hits include "Girls Just Want to Have Fun" and "Time After Time."

The musician has won two Grammys over the course of her career, including the coveted award for best new artist in 1985. Her second win came in 2014 for her work writing music for the Broadway musical "Kinky Boots."

The musical is her connection to the 51-year-old Porter, who won a Tony and a Grammy for his performance in the show. Porter and Lauper have both earned Emmys for acting as well.

Keene Beauty Academy is pleased to offer a full service …