Keep moving on! Chrishell Stause is opening up about her dating life — and how she plans to find a new man — after a year of romantic ups and downs.

Chrishell Stause’s Evolution: From Soap Star to ‘Selling Sunset’ and Beyond

During an interview on the Dear Media “Not Skinny But Not Fat” podcast on Tuesday, July 13, the Selling Sunset Star, 39, talked about all the “blue check” men who slide into her Instagram DMs. While she says non-verified suitors also have a shot, she’s probably not looking to date anyone who asks her out via social media.

“Even those blue checks I’m probably not even going to answer,” she said. “[I take] the compliment. … But I’m very awkward with that kind of stuff. It makes me feel like an awkward teen all over again. Like, what do you say?” 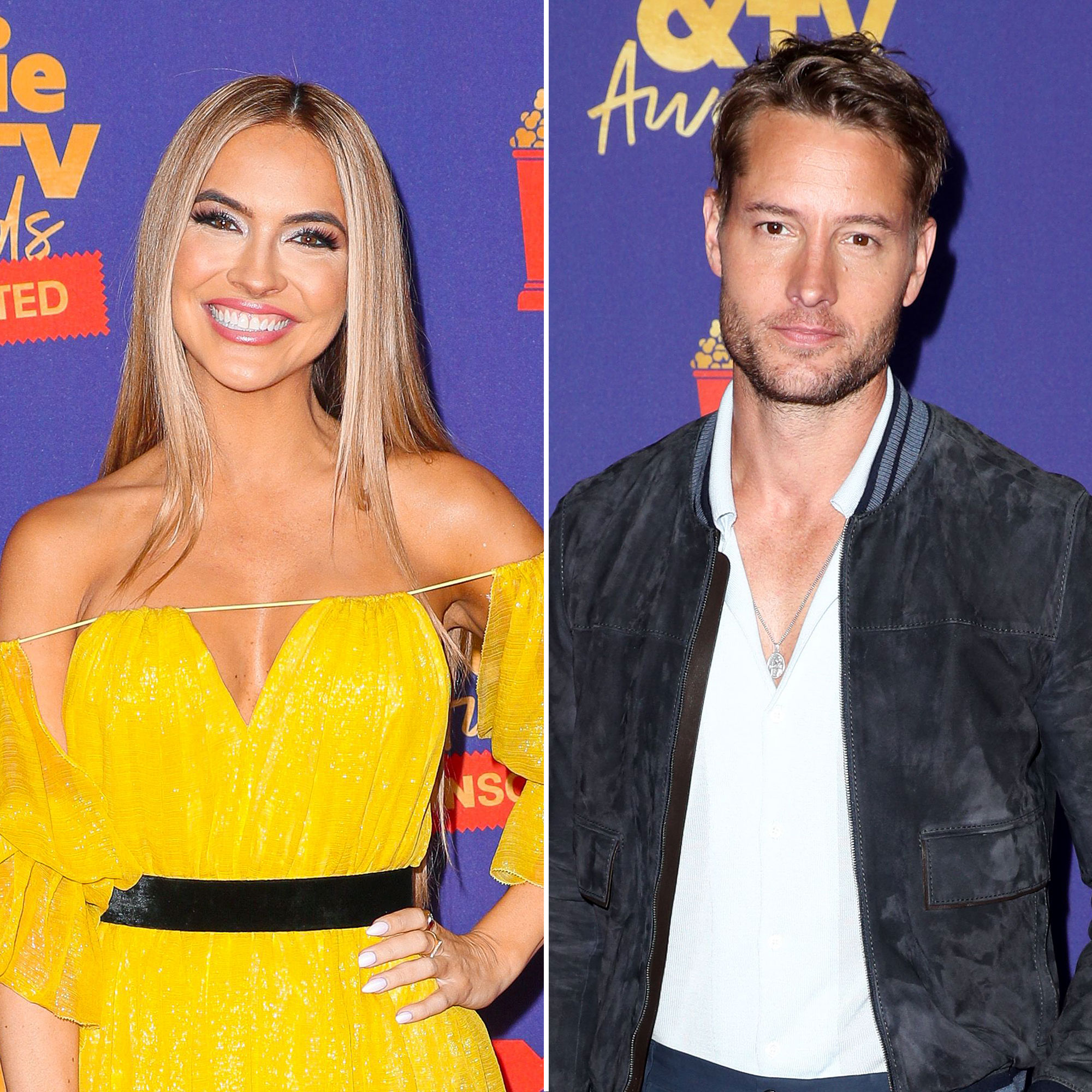 However, the Days of our Lives alum is willing to go the online dating route if that’s what it takes to find love.

“[Recently] I was like, ‘OK, I’m going to maybe try and go online and do that route.’ I’m just kind of trying to stay open to whatever,” she said. “You never know. … I’m meeting new clients and doing stuff, but I don’t think that IG DM is probably going to be the way that it’s going to happen.”

Fans have been incredibly interested in Stause’s love life since her split from Justin Hartley first made headlines in November 2019.

At the time, the This Is Us actor, 44, filed for divorce after two years of marriage — allegedly letting his then-wife know about the breakup via text message. While Hartley claimed in the divorce paperwork that they’d separated in July 2019, Stause listed the day of his filing as the day of their split.

“I found out because he texted me that we were filed. Forty-five minutes later, the world knew,” the real estate agent claimed during season 3 of Selling Sunset. “I talked to him right after [he filed] because I thought that must be a joke. That was kind of the end of the communication. What am I supposed to say? What do you say after that? Like now I have to find a place to live, now I have to scramble and figure this out.”

Us Weekly broke the news in January that the former soap stars’ divorce was finalized. While the Kentucky native briefly moved on with her Dancing With the Stars costar Keo Motsepe, their relationship didn’t end on the best of terms either.

“Keo was caught in a web of lies,” a source told Us exclusively following their February split. “He’s not denying the fact that he lied to her and is truly ashamed about something he did. … He genuinely loved her but made a big mistake. I don’t see them getting back together.”

Following her breakup with the South Africa native, 31, a second insider told Us exclusively that Stause wasn’t looking to jump into a new relationship just yet.

“She went through so much heartbreak this past year that she really is taking a break from dating,” the source revealed in March. “She’s someone who does love being in a relationship, but now she’s completely going to take time for herself and focus on what’s to come.”

Back in Action! Everything to Know About ‘Selling Sunset’ Season 4

Hartley, for his part, is now married to Sofia Pernas. Us confirmed in May that the duo had tied the knot in a secret ceremony after dating for one year.