Carol Kirkwood, 58, has received a supportive message from her BBC Breakfast co-star Dan Walker, 43, this morning when she revealed she was struggling with a frustrating health issue. It comes after the meteorologist took to Twitter to admit she was starting to “lose her voice” after presenting her weather forecasts on the show.

Carol then quipped: “I am sure that will be a blessed relief for some!!!”

In spite of her lighthearted approach to the situation, her colleague Dan seemed concerned.

Offering his assistance in a sweet gesture, the presenter replied: “What do you need Carol? 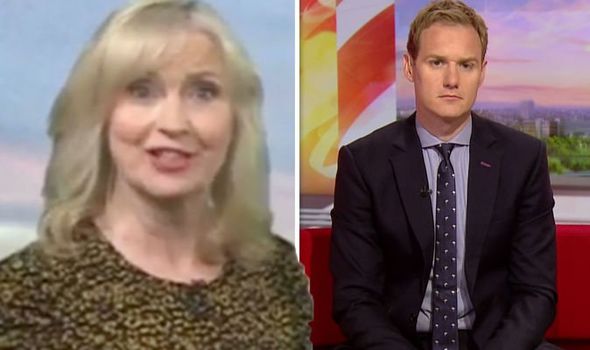 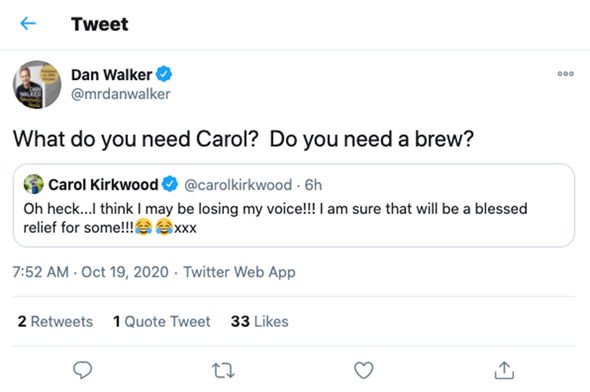 Fans took to the comments section of Dan’s post to share their own suggestions about how to help Carol’s throat recover.

One person wrote: “Good idea @mrdanwalker, drop of honey in it will sort that throat right out.”

Another joked: “A hoofing great brandy. Or maybe a few. Should be entertaining by about 8:30…” 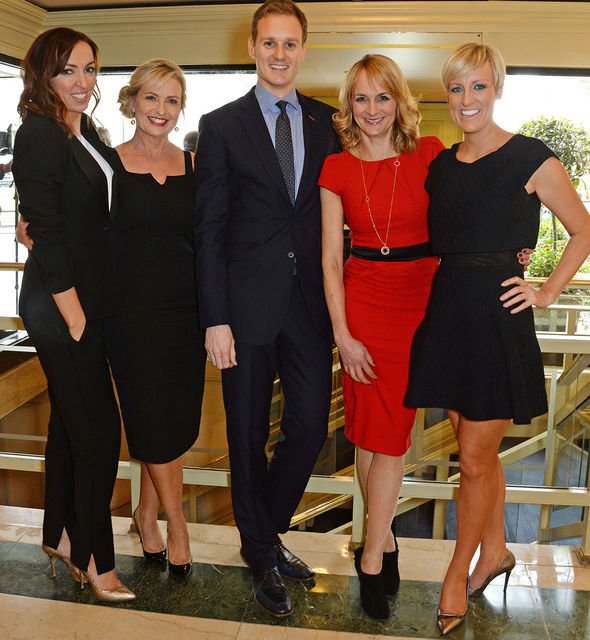 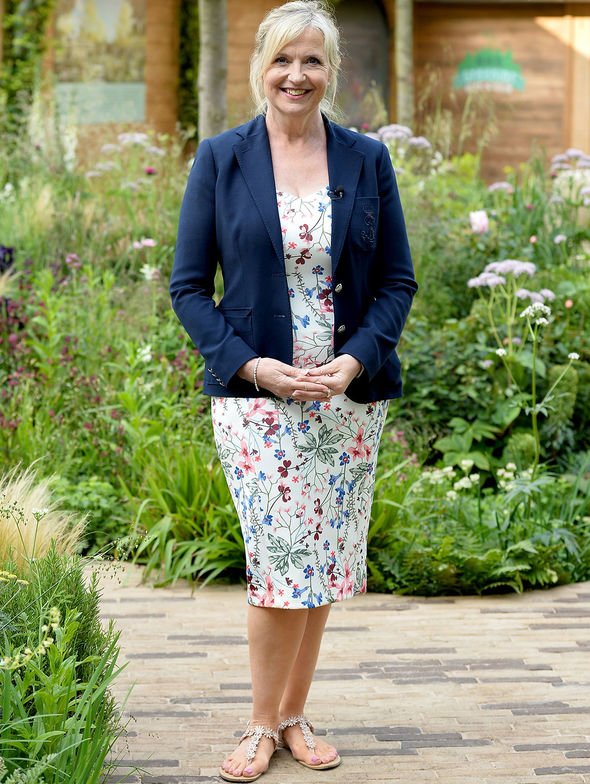 Fortunately, in spite of Dan’s worries, one BBC Breakfast viewer said they hadn’t notice anything negative about Carol’s voice in spite of her condition.

They wrote: “Your voice is still wonderful; so relaxing and gentle just bathes the audience in reassurance whatever the news.”

Carol seemed to appreciate the message, writing back: “What a lovely thing to say! Thanks.”

Elsewhere, the television personality sparked confusion amongst her followers after addressing a change she had noticed during her commute.

The presenter told her followers she had seen more foxes “on the road” than usual.

She wrote: “On drive in this morning, there were a lot of foxes on the road.

“Usually see one or two, but this morning saw at least six.”

In response to her post, one user wrote: “I hope you mean out and about and not ‘on the road’.”

Clarifying the context, she replied: “Very much alive J x.”

A second commented: “Foxes on the run? sweet,” which appeared to amuse Carol.

A third penned: “Hope they were alive and walking about Carol.”

“Not more than six in a group I hope,” a fourth joked, in reference to the Government’s rule of six amid the coronavirus pandemic.