Weather presenter Carol Kirkwood, 58, has stunned her BBC Breakfast co-stars Naga Munchetty, 45, and Dan Walker, 43, by sharing a startling fact she was informed about this morning in view of her 193,000 Twitter followers. The star revealed the festive season is just around the corner, writing: “Someone has just told me, 4 months today will be Christmas Day! What?!xxx.”

Carol’s co-hosts Dan and Naga were quick to react to the meteorologist’s surprising discovery, as they responded to her tweet.

Naga seemed eager to avoid the news, as she wrote back: “You. Be. Quiet. x.”

Dan retweeted Carol’s post and exclaimed: “Stop it immediately,” alongside a crying with laughter emoji and a Christmas tree emoji.

Fans joined the presenters in the comments section of Carol’s tweet to share their thoughts on her revelation. 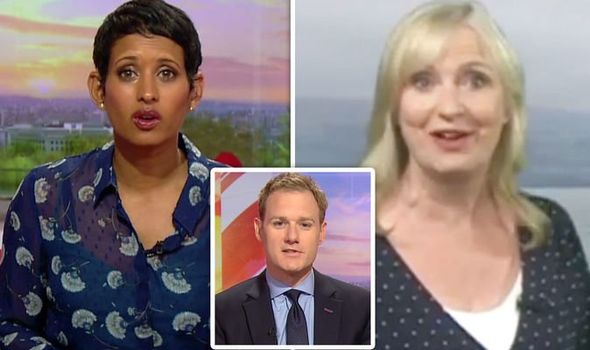 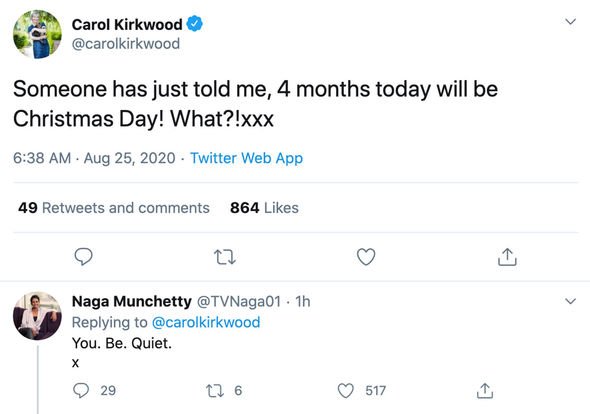 Another added: “Noooooooooo it’s bad enough that we’re nearly in September but to mention the “c” word is outrageous!”(sic)

A third fan replied: “I can’t believe you’ve said that out loud in August! That’s you off the .. errhh.. card thingy list.”(sic)

A fourth Twitter user commented: “I refuse to accept that (even if it is true), making the summer last just a day or two longer.” 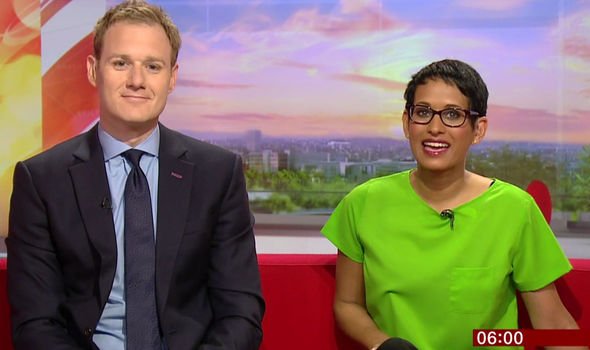 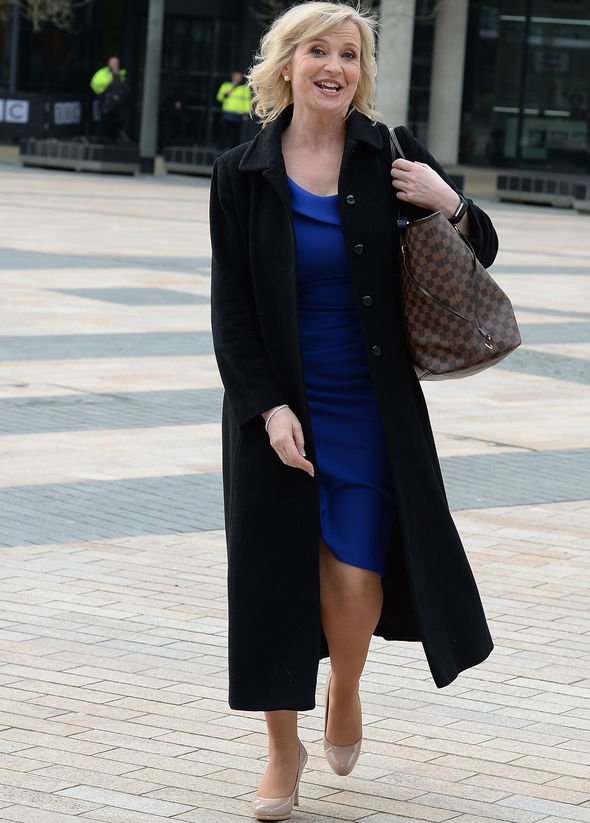 Elsewhere, Carol made her former BBC Breakfast co-star Bill Turnbull giggle during their chat on his new podcast Paws and Claws, after she compared her weather forecasting studio to a “broom cupboard”.

She made the admission while explaining her morning routine to Bill, who was interested to hear what preparations she has to take before and in between her weather reports on-air.

“It’s a very busy schedule in the morning and it’s quite a quick turn around as well,” she said.

“I’m in there more or less by myself! And the weather studio we have in London is like a broom cupboard and it’s self operated,” Carol added.

“So if I press a button with my name on it, the lighting is correct for me, the voice levels are correct for me and the camera height is also the right height for me.”

The meteorologist revealed she then has to check the computers are up and running before drafting her weather story for the day before heading to meetings.

She continued: “I then have a conference and we discuss the weather of the day and what we think might happen or might not happen, as the forecast may have changed from what we were saying previous days, and then when that’s all good and ready I go to make up!

Bill suddenly interjected: “No, Carol surely not, no!”

“Wouldn’t get the first coat dry by then,” Bill chuckled.

Carol burst into laughter at the presenter’s remark before branding him “cheeky”.

ReviewsRentals include 30 days to start watching this video and …