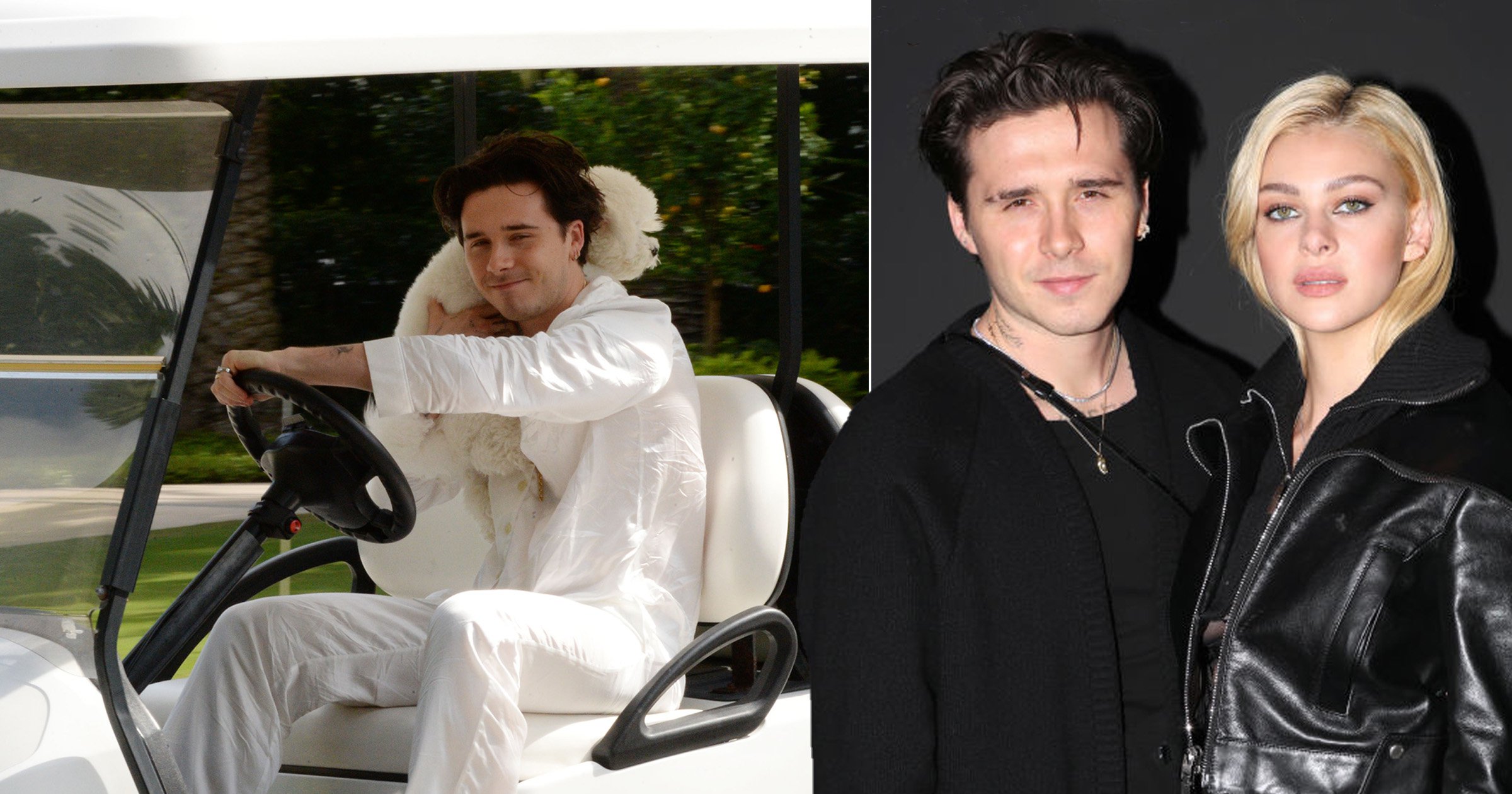 Brooklyn Beckham has been spotted looking very zen on the morning of his wedding to Nicola Peltz, donning an all-white look and zooming around on a golf cart.

The eldest Beckham child is set to say ‘I do’ on the Peltz family estate in Florida, with a very star-studded guest list.

The celebrations have already begun with the rehearsal dinner last night and, on the morning of the big day, Brooklyn was spotted enjoying some quality time with a very important family member – his and Nicola’s pet puppy.

Brooklyn could be seen driving the golf cart with one hand, with the fluffy white pup slung over his shoulder.

The 23-year-old smiled contentedly as he held the dog close, and headed into another estate in Palm Beach.

The ceremony will take place later on today, with Brooklyn and Nicola, 27, set to tie the knot under a chuppah as is tradition in Jewish weddings.

Their families will play big roles – David Beckham, the father of the groom, will be the master of ceremonies and is thought to be taking his role very seriously. We would expect nothing less, Becks!

Harper, Brooklyn’s younger sister, will be a bridesmaid, while Nicola’s older brother Brad will be the man of honour.

Brooklyn is also set to take Nicola’s surname as his middle name once they’re married, and will be known as Brooklyn Joseph Peltz Beckham.

‘Brooklyn is head over heels for Nicola – it’s a huge sign of his commitment to her, and his love for her,’ a source told The Sun.

Famous friends of Brooklyn’s parents have already been spotted arriving at the estate, with Eva Longoria, Serena Williams and Gordon Ramsay attending a pre-wedding dinner the night before.

The A-list guests don’t stop there, as Snoop Dogg previously said he’s going to DJ at the reception, while most of the Spice Girls are expected to attend.

We won’t be getting a full reunion though, as Geri Horner is thought to be unable to make it.

As preparations got into full swing, with marquees being spotted at the Peltz estate, Brooklyn was seen hanging out with his younger siblings.

Meanwhile, the bride – who will be serving Valentino with her wedding looks – kept a lower profile.

Celebrities and their cars

Beauty and the beast flower