Britney Spears is resharing previously uploaded topless images to her Instagram because the last ones appeared out of focus, according to the pop star.

“I’m reposting these pics cause the first time they were really fuzzy !!!!! Here’s a clearer version of these pics and if you’re like most and have no idea what I’m talking about then f–k it …” Spears wrote alongside the new photo set, adding, “here’s the caption that went with these from before!!!!”

She then wrote out a quote from actress Sophia Loren, 86, who recently starred in the Netflix film, “The Life Ahead,” which was directed by her son, Edoardo Ponti.

“There is a fountain of youth: it is your mind, your talents, the creativity you bring to your life and the lives of people you love. When you learn to tap this source, you will truly have defeated age.” 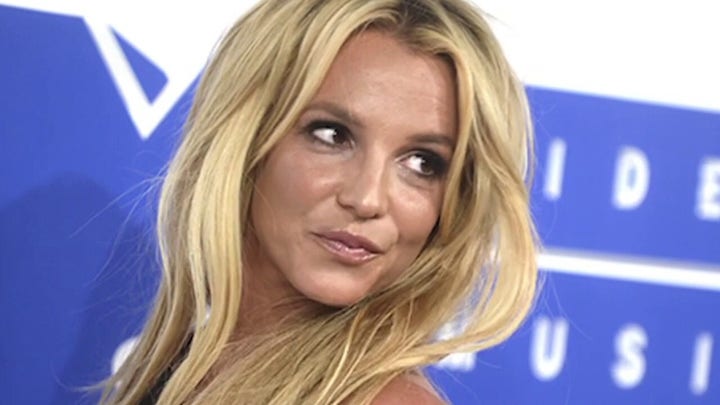 The singer then shared a meme that reads “If the stars were made to worship, so will I” and proceeded to subsequently post another image of her backside. “Here’s my a–,” she captioned that post.

Spears continued her Instagram spree with a video, which also showed off her backside. “Here’s a video so you guys can see this is really my a– !!!! No filters or cover ups … it’s the real deal !!!! Psss I shoot myself with a selfie stick and always will … it STAYS UP … it DOESN’T TALK BACK … and it’s EXTREMELY RELIABLE !!!” she captioned the post.

Spears’ latest posts come just days after her father, Jamie Spears, officially filed to end her conservatorship which has loomed over Spears for 13 years.

Fox News confirmed that Jamie had filed the necessary paperwork with the Los Angeles Superior Court to terminate the arrangement.

“If Ms. Spears wants to terminate the conservatorship and believes that she can handle her own life, Mr. Spears believes that she should get that chance,” Jamie Spears’ lawyers wrote in the bombshell court submission, which was obtained by The Associated Press. His filing occurred after much pressure from the #FreeBritney cohort to free his daughter from his control.

Britney Spears is re-sharing previously uploaded topless images to her Instagram because the last ones appeared out of focus, according to the pop star.
(Getty Images)

Jamie had previously revealed he was willing to step down as her sole conservator when the time was “right” and a “smooth transition” could occur.

The singer has attempted to have her father removed as her conservator multiple times. Most recently, she accused her father of “conservatorship abuse” and claimed she wanted to press charges against him.

Spears revealed the restrictions she’s been living under during a court hearing in June. The “Gimme More” singer claimed she was not allowed to remove her contraception device or get married.

A hearing for Spears to presumably hear about whatever payment her father is owed for his services or to put the matter to bed entirely is scheduled for Sept. 29.

Fox News’ Lauryn Overhultz and The Associated Press contributed to this report.