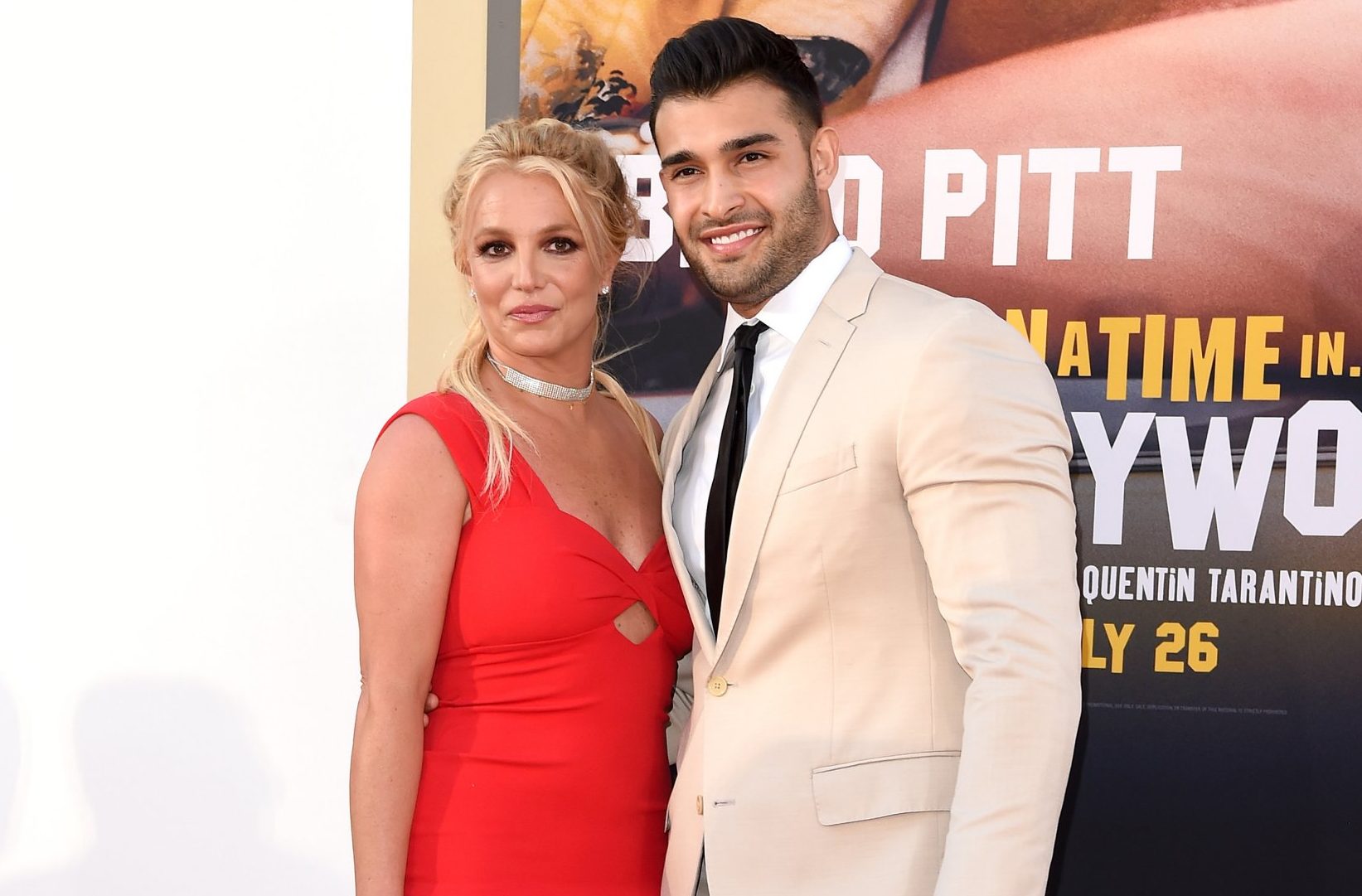 Britney Spears’ fiancé Sam Asghari celebrated ‘history being made’ as her conservatorship was terminated after 13 years.

The Toxic singer, 39, was put under the controversial court order in 2008 following her mental health breakdown, with her dad Jamie in charge of all her personal and legal matters.

She had been fighting to to end it, with fans launching the passionate #FreeBritney movement in support.

Following the monumental hearing on Friday, her beau couldn’t help but share his pride at the decision on social media.

He added the caption: ‘History was made today. Britney is Free!’

Britney was also left emotional at the news, sharing a video of the celebrations erupting outside the courthouse in LA.

Alongside the clip, the mum-of-two penned: ‘Good God I love my fans so much it’s crazy!!! I think I’m gonna cry the rest of the day!!!!

During the court hearing, held at Los Angeles Superior, Judge Brenda Penny made the historic ruling to terminate the conservatorship of Britney’s estate with some minor exceptions – without requiring any further mental evaluation.

Judge Penny specified that an accountant serving as a temporary conservator should retain some powers, but the legal arrangement is ‘effective today… thereby terminated’.

Speaking after the monumental hearing, Britney’s lawyer Mathew Rosengart said: ‘What’s next for Britney, and this is the first time this could be said for about a decade, is up to one person: Britney.

‘I’m so proud of her. I thank her for her courage and poise and power.

‘She helped shine a light on conservatorships and guardianships from coast to coast.’

For the past 13 years, Jamie has managed his daughter’s wellbeing and financial affairs, with the help of a bank.

Britney recently appeared at a bombshell court hearing to request a termination, describing the conservatorship as ‘abusive’.

Her testimony left the world in shock as she spoke publicly for the first time about the restrictions, alleging that she was blocked from having another child, and was made to keep an IUD in her body.

Her new legal team scored a significant victory in September, which resulted in Jamie being suspended from his role overseeing her money – and he later called for the immediate termination of the conservatorship.

The ruling means Britney can begin regaining control of her personal life and finances, with the legal arrangement finally coming to an end.

And there are plenty of famous people among them…