Another Boy Meets World actor who had trouble with co-stars?!

A couple years after Trina McGee blasted “three acting colleagues” for racism on the set of the TGIF favorite, co-star Maitland Ward is starting to air her grievances.

It turns out the actress who played Rachel McGuire on the beloved coming-of-age sitcom in the late ’90s didn’t always have the best time filming the Disney Channel show. And things are still weird with one particular castmate: Danielle Fishel, the one and only Topanga.

Funny enough, it’s the experience she’s gotten from her new job that’s changed her perspective on the one she fretted over so much two decades ago. She explained she had rewatched some of Boy Meets World to refresh her memory for the book, in which she opens up about her experience behind the scenes. Seeing some of that content, she said, “was the most mind-blowing thing,” — because she finally realized “how sexualized” she was!

Maitland was a 21-year-old just starting out, so — like many children’s show actresses who in recent years have been re-evaluating how they were used — she didn’t think too hard about the things she was being asked to do at the time. For instance:

Wow! We cannot blame her for making these leaps considering what’s come out about other “family show” creators lately. You be the judge on that one, we guess!

“At the time, I just thought it was my job and that’s what I had to do and I thought I was being a good actress and performer to go along with whatever was given to me. I didn’t realize at the the time, how sexualized it was and there was something that felt devaluing to me because I always felt like I was nervous about my body, I wanted to be sexy to everyone, especially the producers and stuff, but if I was too sexy I would be berated for it.”

In particular she means she was chastised for looking too sexy during her off hours. She remembers being read the riot act for wearing a crop top:

“It was very confusing because I was wearing lingerie on the show, but then if I was wearing a crop top or something, they would be like, ‘You look crazy, you’re going to ruin the image of the show.’ I felt very uncomfortable with my body in that way because I felt like, okay, I have to use it to be sexy in order to do well at my work and to keep my job going as a star of the show, but on the other hand, I can’t do that in my real life. I have to walk this line that they drew for me. They always wanted to have me walking that line.”

The use of her sexuality on the show made her body feel like “prop” — and that she “needed to be compliant when they wanted to use my body as a story point.”

So yeah, she has a lot to say about her time on the show. Seems like that would make her an ideal guest on the new Pod Meets World podcast, right? If you haven’t heard, Will Friedle, Rider Strong, and Danielle Fishel are rewatching the entire series starting from the beginning. When asked if she’d ever be on it, Maitland first revealed her rift with a certain castmate:

“I have to say, Will is amazing. Will has called me, he’s kept in touch with me, he tells me he supports me — and he says he won’t watch anything I do because I’m a sister to him — but Danielle I think hates me.”

“It’s a very weird relationship with Danielle because I haven’t spoken to her at all and she barely spoke to me when I was at the set of Girl Meets World.” 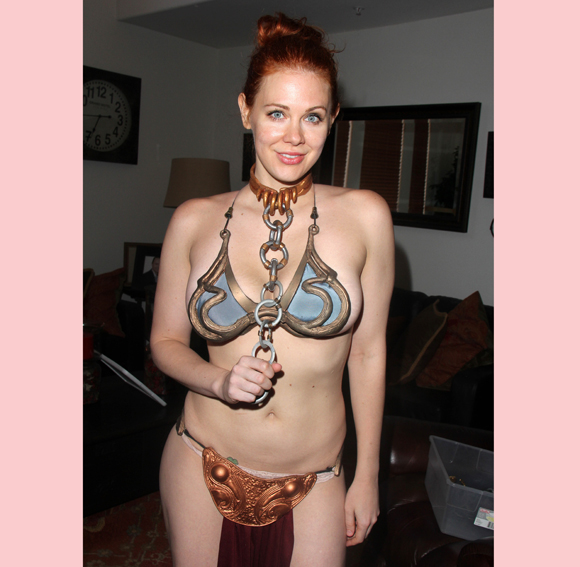 In any case, we just have to know what’s going on between Maitland and Danielle! She explained:

“We didn’t have any beef, we didn’t have any falling out or anything, she came to my wedding, we were friends, she was amazing and we have a great picture of us I cherish. But after that she just did not want anything to do with me, she did not invite me to her wedding. I wrote her a note before her wedding, even though she didn’t invite me, I just wanted to write her a note, and no response.”

Eep! Sounds like she thinks she’s been ghosted! And she never even got to see the shrimp cereal guy get married!

But Danielle makes it sound like it may be a misunderstanding they can fix — maybe even with a podcast visit! In a statement to TooFab responding to Maitland’s interview, she wrote:

“I went to Maitland’s wedding in 2006 and unfortunately never received a note from her after. I’m unaware of any issues between us and when we asked her months ago if she would come on the podcast, she agreed. I can’t wait to catch up with her.”

We can’t wait either — to listen to them hash this out!

Zendaya Shines in a Fiery Orange Top and Trousers