Blake Lively and Ryan Reynolds had their first red carpet date night since 2019 on New York City’s Upper West Side. The couple posed together at the premiere of Ryan’s film Free Guy this week. Ryan wore a tan Brunello Cucinelli suit for the occasion, while Blake brought the glitter in a sparkly pink cutout Prabal Gurung dress and Lorraine Schwartz jewels. 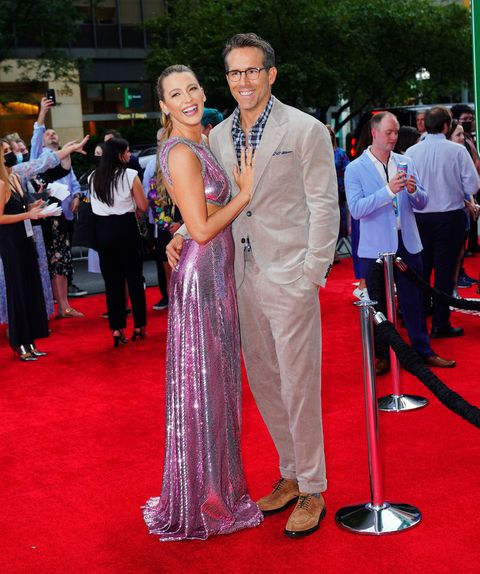 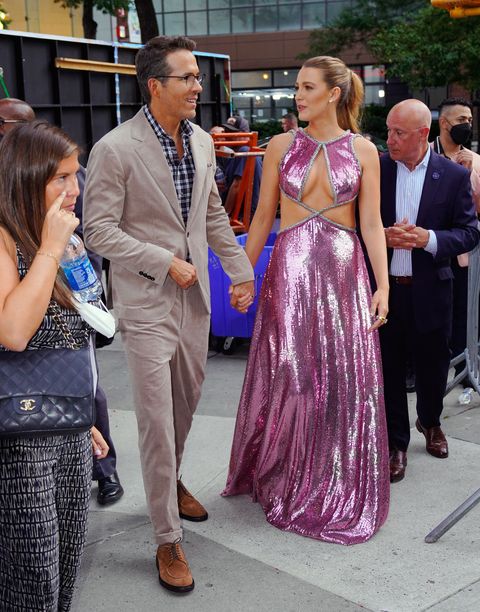 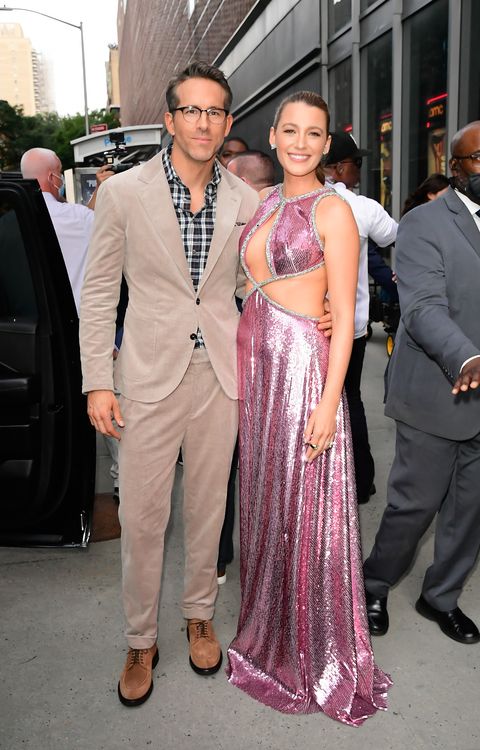 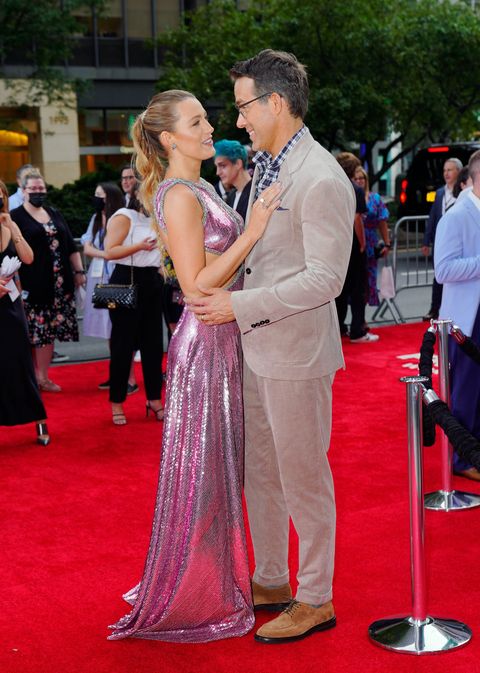 Blake shared her own close-up pics from the night that shared her outfit details on her Instagram Story. She also shared a post in tribute to her date and husband of nearly 10 years:

Blake is famously her own stylist. Blake spoke to WWD in March 2018 about what it’s like styling herself for events. “It’s a lot of work [but] I mean, it’s not hard in that we all dress ourselves every morning,” she said.

“So once you have the clothes, you just pick out what to wear like any other human being does,” she also said. “But it’s easier because you have access to clothes and so it’s not that hard. The hard part is going through all the fashion shows and screenshotting all the looks you like and calling them in. I have an assistant who helps in calling in the looks. But a lot of it is I have relationships with the designers.”

Why does she prefer to style herself? “I have control issues and a big ego—that’s probably the honest answer [for why I won’t hire a stylist],” she deadpanned, per WWD‘s reporter, before becoming more serious. “I just like it. I love design and I love fashion and it’s a way to be creative. In my job I get to be creative, but it’s over a period of time and so many other people are involved, whereas this is a beginning, middle and end, and I get to be creative and there’s an end date in the near future. It’s the same reason why I like doing my friends’ hair and makeup or cooking—you get to be creative and finish it. Whereas with my job you do it and then two years later it’s finished. It probably goes back to the control issues; it’s like, ‘Okay, I did it, I completed it, it’s done!’”

On the Free Guy red carpet, Ryan spoke to Entertainment Tonight about celebrating nearly 10 years with Blake this year. (The couple got married in September 2012.) “It’s great! We’re lucky. That’s amazing,” Ryan said of the relationship milestone. “In Hollywood years, that’s like 145 years or so!”

Asked why their relationship still works, he answered simply: “Well, we like each other, which is a good foundation of any relationship.”