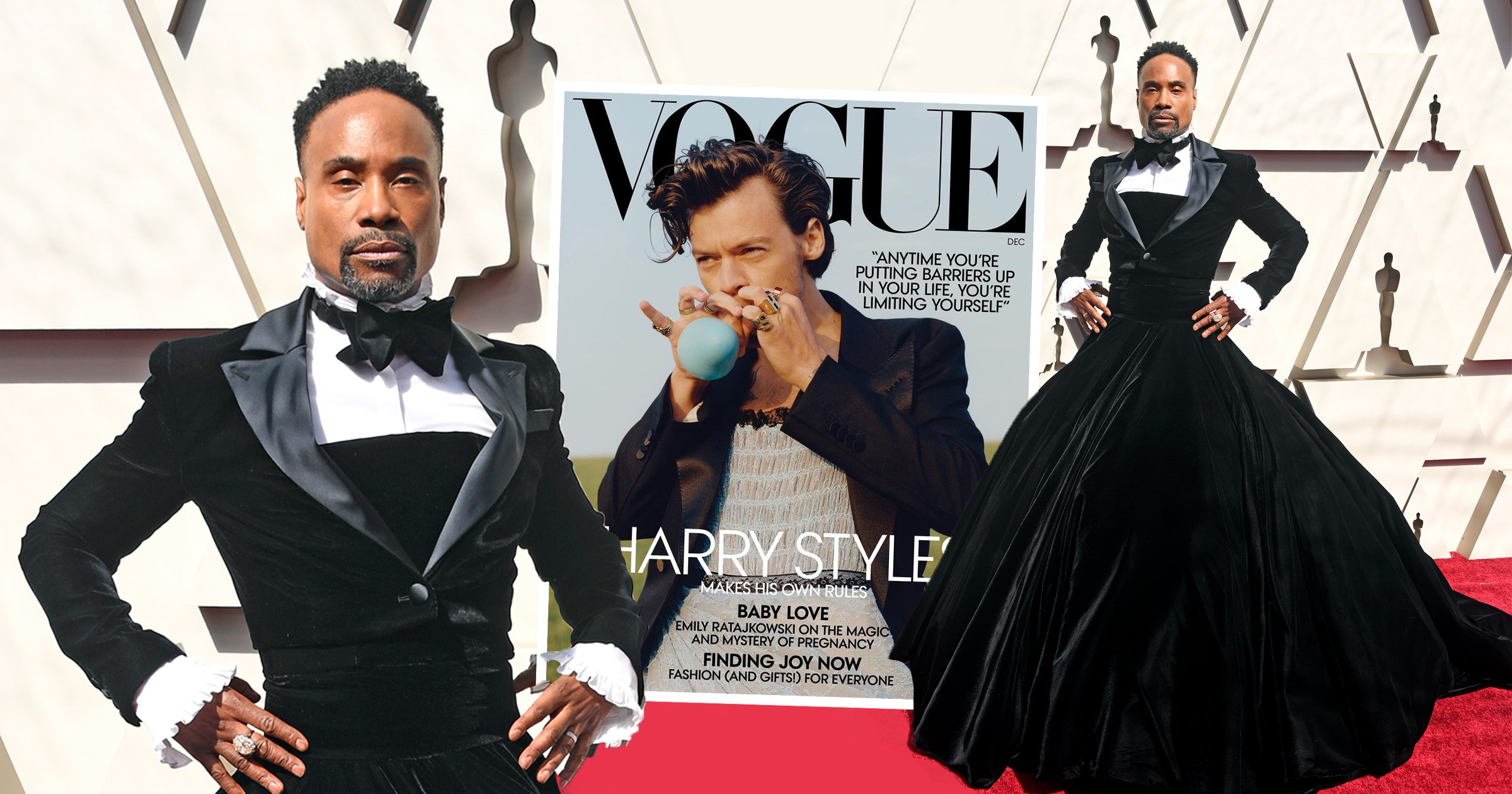 The Watermelon Sugar singer had everyone talking when he became the first man to wear a dress on the cover of the fashion bible.

While many lined up to praise the stunning snaps, the Pose star questioned why the star had been chosen to ‘represent the new conversation’ around fashion.

In a candid chat, the 52-year-old took credit for the current wave of men rocking skirts and dresses on the red carpet, insisting that he ‘changed the whole game’.

‘I. Personally. Changed. The. Whole. Game. And that is not ego, that is just fact. I was the first one doing it and now everybody is doing it,’ he insisted to Sunday Times Style.

‘I feel like the fashion industry has accepted me because they have to. I’m not necessarily convinced and here is why. I created the conversation [about non-binary fashion] and yet Vogue still put Harry Styles, a straight white man, in a dress on their cover for the first time.’

Billy vowed that he is not calling out Harry himself, but asked what led to the shoot taking place.

‘I’m not dragging Harry Styles, but he is the one you’re going to try and use to represent this new conversation? He doesn’t care, he’s just doing it because it’s the thing to do,’ he added.

‘This is politics for me. This is my life. I had to fight my entire life to get to the place where I could wear a dress to the Oscars and not be gunned now. All he has to do is be white and straight.’

Harry made history as the first solo male to grace American Vogue, and did so in a Gucci gown, donning other dresses and skirts throughout the inside shoot.

While the musician was mostly applauded for the gender-breaking move, some hit out at the images on social media.

Candace Owens, who is known for her controversial right-wing political takes, tweeted: ‘There is no society that can survive without strong men.

‘The East knows this. In the west, the steady feminisation of our men at the same time that Marxism is being taught to our children is not a coincidence. It is an outright attack. Bring back manly men.’

In a truly iconic move, Harry used her trolling comment as an Instagram caption to show off a new photoshoot for Variety.

In the accompanying interview, Harry addressed his style choices and took pride in his Vogue shoot, saying: ‘To not wear something because it’s female’ clothing, you shut out a whole world of great clothes.

‘And I think what’s exciting about right now is you can wear what you like. It does’t have to be X or Y. Those lines are becoming more and more blurred.’

The Beach is a full-service salon, day spa …

Michael J. Fox turns 60 — His life and career in pictures

Beauty and the beast musical script