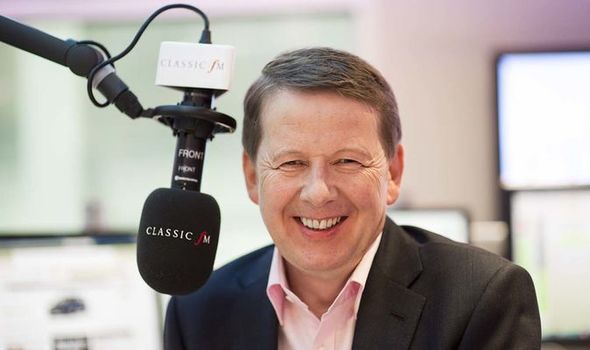 The Classic FM presenter, who appeared on BBC Breakfast from 2001 until 2016, was diagnosed with prostate cancer in 2017.

Announcing his “leave of absence” on Twitter, 65-year-old Turnbull said: “The road has been a bit bumpy recently, and I need to take some time to focus on getting better.

“I’m sorry to do this, as I absolutely love doing the programme, and have hugely enjoyed the past five years.

“I am very grateful to friends and colleagues at Global [radio group] for the love and support they have shown me. And I will be back, just as soon as I can be.”

BBC Breakfast’s Dan Walker was among the people sending Turnbull good wishes. He tweeted: “Wishing you all the very best Bill. Take care of yourself.”

Sian Williams, who worked alongside him at BBC Breakfast said: “Much love, rest up, take care.”

Turnbull revealed his prostate cancer diagnosis in March 2018, saying he was diagnosed the previous November, and detailed his treatment in a Channel 4 documentary called Staying Alive.

Turnbull’s cancer has spread to his bones but in late 2019 the father of three said he had a “fair old time to live”.

Since then he has been reunited with former BBC co-host Susanna Reid several times to front Good Morning Britain.

Turnbull has undergone numerous rounds of chemotherapy and has received injections of radioactive substance radium 223.

What is happening where you live? Find out by adding your postcode or visit InYourArea

He previously said he was diagnosed after longterm aches and pains, which he had put down to “old age”, were no longer being alleviated with pills.

After making his diagnosis public, Turnbull became an advocate for prostate cancer charities and encouraged others to get tested, saying: “Maybe if I’d got it earlier and stopped it at the prostate, I’d be in a much better state.”

A Classic FM spokesman said: “We wish Bill all the very best as he takes time away to concentrate on getting better.

“Along with our listeners, we look forward to welcoming him back on air as soon as he can be.”

The dainty wire accessory might be small, but its causing quite the stir in …

Celebrities that got fat