Bill Maher deciding Bella Thorne’s mental health issues were not really valid due to her generation not knowing what is ‘going on in the world’ may just shoot to the top of the book of ‘bad takes’ this week.

Ah yes, another day another Boomer suggesting the kids have no clue.

Thorne was a guest on 66-year-old Maher’s Club Random podcast earlier this week and seemed to take issue with the 24-year-old actress and author’s explanation around her mental health, which in part stemmed from traumas she’s been pretty open about in the past.

He began: ‘What is it with you kids and anxiety? What is causing all the anxiety?’

Oh, you know, just *gestures at the world*.

Thorne attempted to explain it may have something to do with the ‘constant bad, bad, bad everywhere you look,’ but Maher argued such a thing was a ‘disingenuous argument’ and that her generation ‘doesn’t know what’s going on in the world.’ 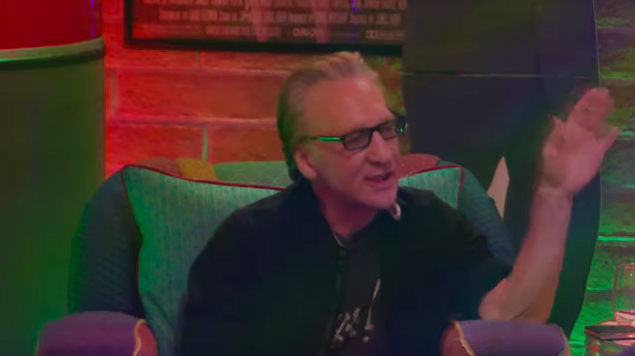 He said, in classic ‘man yells at cloud’ style: ‘So how can you be that f**king concerned about what’s going on in the world?

Thorne insisted while we might not know ‘100% of the full story’, her generation definitely knows what’s going on, adding: ‘We’re seeing it, we’re hearing it and we’re vocal about it.’

Maher added later in the podcast: ‘I think a lot of the people who are the most anxious have the most privileged lives.

Thorne responded: ‘I don’t know, I think that’s a very narrow kind of mindset in the way of trauma.

‘Everyone really has their trauma. What’s happening in Ukraine is unspeakable – that is something else. But as far as trauma for every human being, I lost my dad when I was eight. I was molested growing up.’

‘I went through s**t, everybody goes through s**t. When you look at a book, and you judge it by its cover, and you say, “Oh, you know.” Everyone, any platform, any time, we look at someone and go, “they have it all, they must be so f**king happy, you have nothing to complain about”…they’re still with their therapist every day, and they might have PSTD nightmares…that haunt their dreams…’

Thorne agreed with Maher that going through the horrors of war ‘is not comparable’, while the TV host praised the star’s ‘openness and vulnerability’ with her fan base, but suggested being with a therapist every day was an ‘indulgence’ many can’t access.

Perhaps it comes of no real shock Maher’s comments on anxiety were shredded online, with many slamming his easy dismissal of mental health issues: ‘Bill, normally I defend you but…. Eeeeyyyyyyy…. This was not a good look. People have anxiety for all sorts of reasons. Stick to your show. This is not the lane you want to drive in.’

‘Damn. Bill Maher having me root for Bella Thorne might be one of his biggest sins to date,’ one remarked, as another fumed over the message: ‘Not that I’m surprised #BillMaher is an a-hole or the “Get of my lawn” guy, but now it’s clear he doesn’t understand mental health and mocks someone to her face. Despicable.’

And then one suggested someone should have eaten the podcast recording to stop it coming to light, writing on Twitter: ‘Wow. If I were Bill Maher’s agent/rep, I would’ve grabbed and eaten the master podcast file of him and Bella Thorne on Club Random so nobody could ever hear it. Oooffda. Kudos to @bellathorne for getting through that disaster – SHE did great.’

Still, others loved the interview and felt despite the differences between Maher and Thorne felt it was a refreshing podcast, as a YouTube viewer commented: ‘Great conversation… love the dichotomy of having an unexpected guest and the two of you just kicking it and vibing despite differences.’

‘This was a fascinating episode,’ another noted. ‘Less chummy, more of a clash of generations. Nothing wrong with either side, but the differences were palpable and sometimes awkward but you get a better understanding of both sides.’

Celebrities Whove Been Affiliated With the Church of Scientology…