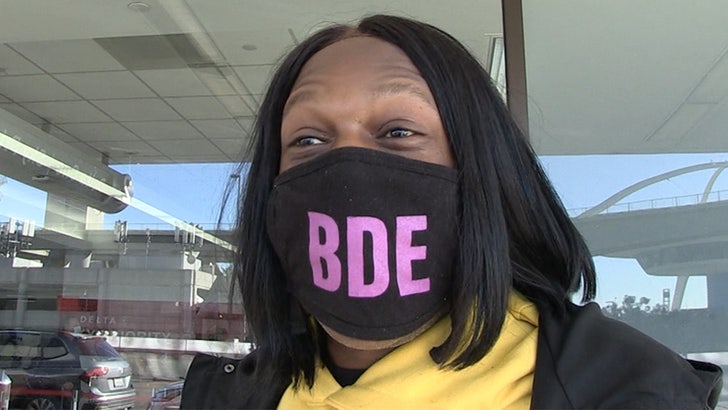 Boosie Badazz doesn’t hate gay people, in general — he just hates Lil Nas X, which is why he went on a disgusting tirade against the guy … so says Big Freedia, who’s defending the former.

We got the NOLA-based rapper at LAX, who gave her take on the whole controversy over Boosie calling LNX the homophobic f-slur, while also telling Nas to off himself. This is interesting … not only does Freedia back Boosie, but she explains away his behavior.

Freedia’s definitely not as up in arms over Boosie’s language as others in the LGBT community. She seems to think he’s only directing those words at Lil Nas, despite the fact they’re offensive to all. 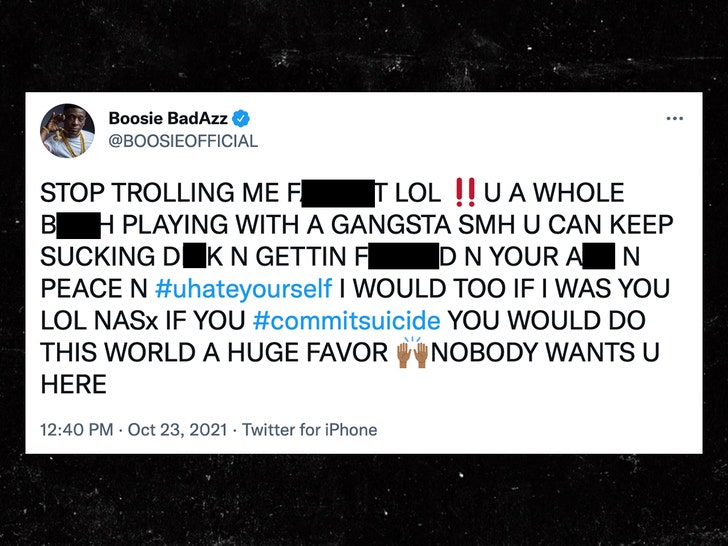 From her POV … Boosie and Nas X are in an endless back-and-forth of online trolling, and have been for a while. That’s actually how this whole thing started — LNX jokingly said he had a song coming out with Boosie, and Boosie went into outrage mode and fired away.

However, despite his clearly homophobic words … Freedia simply doesn’t think Boosie actually has malice in his heart toward the gay community, and her evidence of that has to do with his feature film, “My Struggle.”

Boosie stars as himself in the biopic, and Big Freedia says the movie has prison scenes where gays are portrayed and represented in a positive light.

That might suffice for Freedia … but, clearly, others have differing opinions. Some feel Boosie straight up crossed the line with his tweet, which Twitter has since removed.

The ultimate remedy might be an actual collab — Nas X joked about one happening, but Freedia says for these 2 to truly bury the hatchet … maybe they should really link.

We won’t hold our breath.