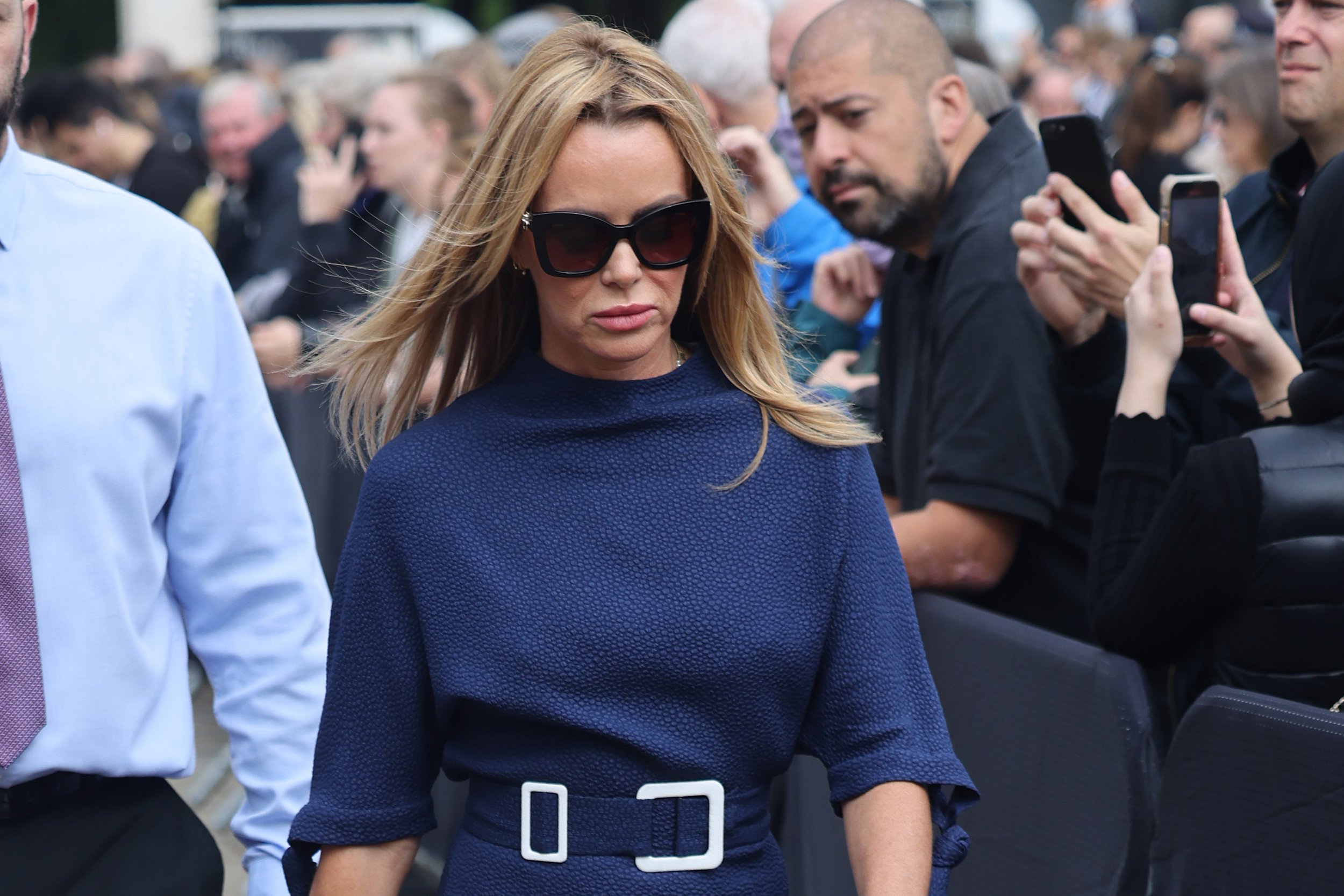 Amanda Holden has joined crowds of people at Buckingham Palace paying their respects after the death of Queen Elizabeth II.

The Britain’s Got Talent judge was among mourners at the gates of the Palace on Friday (September 9), one day after the world received the sad news the beloved monarch had died aged 96.

Crowds of people wanting to honour and mourn the Queen have gathered at her famous London residence, with many gathering in the rain shortly after the sad news was revealed.

On Friday, Amanda stepped out looking sombre in the wake of the heartbreaking news, with her eyes hidden behind a pair of shades.

The 51-year-old star wore an elegant royal blue dress as she stepped out after hosting the Heart Radio Breakfast show, which is broadcast from its studio nearby Buckingham Palace.

Amanda had paid tribute to the Queen on her social media platforms on Thursday evening, hailing her ‘indomitable spirit’ and admitting she’s struggling to imagine a reality of life ‘without her’.

Her Majesty Queen Elizabeth II has died after 70 years on the throne, with her death announced by Buckingham Palace on September 8, 2022.

She died at the age of 96 at her home in Balmoral, with her son, the now King Charles, and daughter Princess Anne by her side.

She wrote: ‘I think we all thought our Queen would live forever…
Her grace ,good humour and indomitable spirit.. embodied everything that made Great Britain , Great . I just can’t imagine our country without her .. My thoughts are with her family #godsavethequeen (sic)’

Her appearance at the palace comes after Amanda’s Britain’s Got Talent boss Simon Cowell also paid tribute to the Queen after her death.

In a statement shared on Instagram, he said: ‘I’m incredibly sad to hear of the passing of the Queen. With incredible strength she was someone who loved her country and was able to lead with so much love.

‘I feel very lucky that in my lifetime we have had a Monarch who managed to balance great leadership, tradition and progression. I would like to send my respects to her family during this time.’

Meanwhile, Amanda had shared King Charles III’s statement on Thursday, as he described her as ‘a cherished sovereign and a much-loved mother’.

He said: ‘The death of my beloved mother, Her Majesty The Queen, is a moment of the greatest sadness for me and all members of my family.

‘We mourn profoundly the passing of a cherished sovereign and a much-loved mother. I know her loss will be deeply felt throughout the country, the Realms and the Commonwealth, and by countless people around the world.

‘During this period of mourning and change, my family and I will be comforted and sustained by our knowledge of the respect and deep affection in which the Queen was so widely held.’

Demi Rose, 26, causes a stir as she puts on eye-popping display in tiny string bikini

Does not discriminate when it comes to who is …