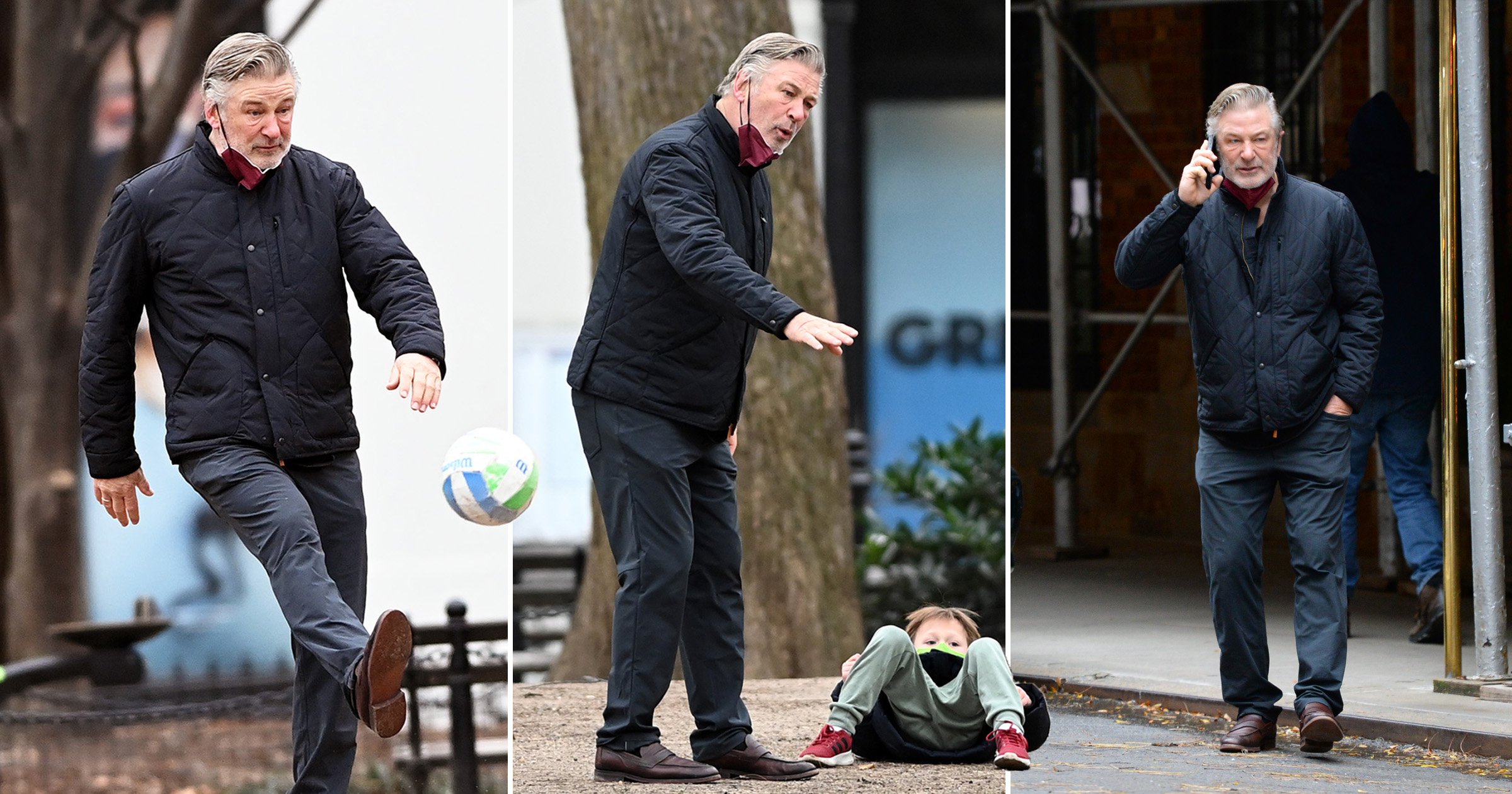 Alec Baldwin was photographed in the park with his children enjoying a game of football in New York shortly after addressing the Rust shooting in a Christmas message, when cinematographer Halyna Hutchins was accidentally shot and killed.

After welcoming the New Year, the 30 Rock star was spotted at Madison Square Park in the Big Apple, with him and his family bundled up in warm coats in light of the cold weather.

In one picture, the ball is in mid-air after being kicked by the 63-year-old, as a child who looks like he could be wearing a Spider-Man hat prepares to receive it.

In another image, one of the kids is lying on the floor as Baldwin appears to issue a warning or guidance to the youngsters.

A third photo showed the actor strolling while on the phone, his burgundy face mask resting on his neck with one of his hands in his jean pocket.

On December 24, Baldwin shared a video on Instagram, in which he expressed his gratitude to ‘all those people who sent me such kind words and best wishes and strength and hope and prayers and so forth’.

Speaking about the devastating shooting on the set of the film Rust in October, he said: ‘I’m looking forward to some aspects of this being behind me, of course for everyone who’s involved in this it’s never going to be behind us because someone died so tragically.

‘I never lose sight of that, not a day goes by that I don’t think about that.’

Saying that his wife and children are ‘the only thing I care about’, he said that he is ‘just trying to move forward with my life and trying to get through a tough time’.

Baldwin shares six children with his wife, Hilaria Baldwin, the youngest of whom, María Lucía Victoria, was born in 2021 via surrogate.

He also shares an older daughter, 26-year-old model Ireland, from his previous marriage to Kim Basinger, who he divorced in 2002 after nine years of marriage.

In mid-December, Hilaria shared a ‘perfectly imperfect’ picture with her husband and their children for their ‘holiday photo’.

Rotten tomatoes beauty and the beast

Who plays gaston in the new beauty and the beast

The Shady Side Of Tom Brady – Nicki Swift