Aaron Carter has gone through a lot of changes in the last few months. He was dating Melanie Martin, and they even revealed that they were expecting a child together. This all comes after Martin was arrested on a felony domestic violence charge. Now the pair have broken up again and Aaron Carter has a new woman in his life. Melanie Martin recently spoke about the situation and is calling Carter’s new girlfriend “unstable.”

Aaron Carter and Melanie Martin had a rocky relationship 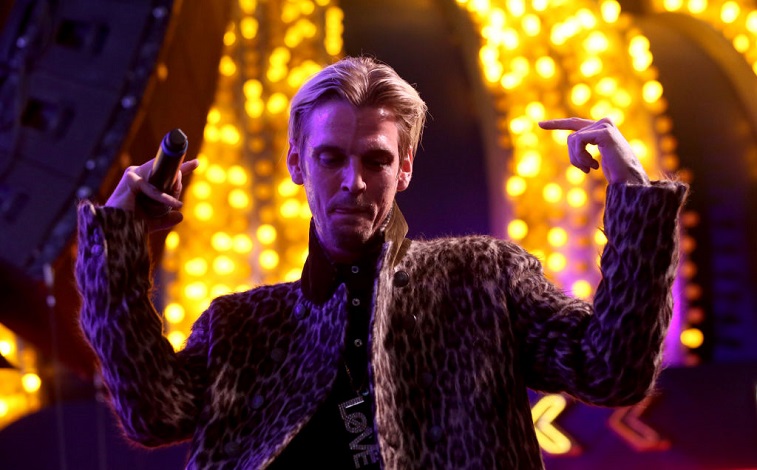 As fans of Carter already know, he had a very rockyrelationship with Martin. In March, Martin was arrested at Carter’s Los Angeleshome on a felony domestic violence charge, according to TMZ. The L.A. County Sheriff’s Departmentwas called out around 11 p.m. when things became physical. Martin was taken inand held on a $50,000 bond before she bailed out. The couple managed to getback together after the altercation though.

In April, Carter announced on Instagram Live that the twowere expecting a child together, according to E!News. Carter showed off a positive pregnancy test and commented on thesituation. “Obviously I have a baby on the way,” Aaron said. “I’m going to be abusy father for sure.” It seemed like things were moving in the right directionfor the couple, but it didn’t last.

Carter has a new woman in his life now

So far 2020 has been great to me, lots of cool things coming up looking forward to getting back to work after some much needed time off.💨

RELATED: Fans of Aaron Carter Are Divided on the New Woman in His Life

Unfortunately, things didn’t last long and Carter has moved on to a new woman named Viktoria Alexeeva. She’s appeared in a number of Instagram Live moments as well as in a photo on Carter’s Instagram.

Fans seem to be divided on Carter’s new girlfriend. Some questionhow quickly he moved on to this new woman in his life. In a recent photo sharedon Instagram of the two together, fans weighed in on the situation. Some askedabout Martin, since she’s reportedly pregnant. Other fans seem genuinely happyfor Carter and this new relationship.

According to The Blast, Carter’s new lady has accused Martin of calling her phone with a blocked number on Instagram. She hasn’t exactly been silent on the whole situation either. Melanie Martin recently spoke with The Blast to tell her side of things. She calls Alexeeva “unstable and dangerous.” Martin says that Alexeeva was the one contacting her and she had to block her eventually.

Aaron Carter recently spoke about Martin on a podcast

Carter hasn’t exactly stayed silent about the breakup either. He spoke on the podcast called Hollywood Raw with Dax Holt and Adam Glyn. He admitted he is upset and he felt he was with someone who “wasn’t organic.”

“Am I upset? Of course. Do I feel taken advantage of? Absolutely,”Carter said. “I felt like I was with somebody that didn’t look me in my eyes.Didn’t communicate. Wasn’t real. Wasn’t organic. Was doing things behind myback that she shouldn’t have been doing. Making promises she couldn’t keep.”

It sounds like this whole situation is far from over. We’ll keepyou updated on all the latest involving Aaron Carter’s love life.

Naughty high-quality GIFs of sexy celebrities from movies and TV …

Parker Beauty are pioneers in the beauty supply industry…

See the celebrities who said theyd leave the country if Donald …