In 2002, the world mourned with Queen Elizabeth as she lost her sister, Princess Margaret, and her mother within weeks of each other (via People). Of course, her sister and mother were not the only people that the queen would mourn in her lifetime. In a more recent tragic event, Queen Elizabeth’s husband, Prince Philip, died in 2021 at the age of 99. He and the queen were married for 70 years, according to Insider, making his death especially tragic.

While Queen Elizabeth has experienced her fair share of tragic events, her grandchildren have also endured quite a bit. In a more modern example of tragedy, Prince Harry and Meghan Markle decided to step back from the royal family, leading to endless speculation about drama and tension behind closed doors.

While all of these events are pretty tragic, there is one royal family event that fans agree is the most tragic by far — keep reading to learn what it is.

Princess Diana's death was the most tragic royal event 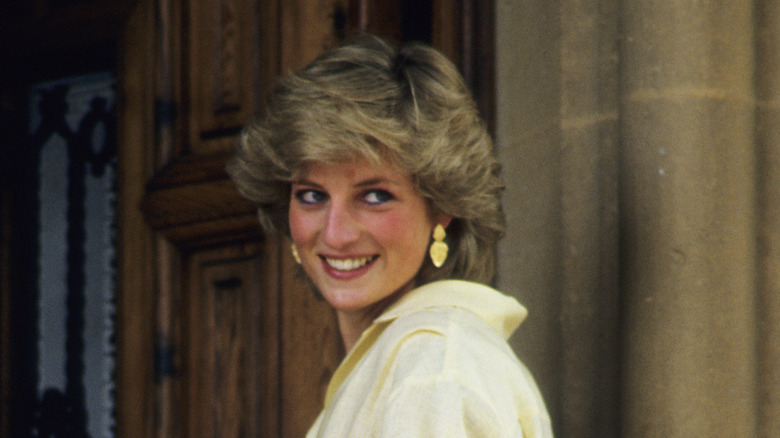 Of all the tragic events that have happened within the royal family, there’s one that still sticks out the most in people’s minds: Princess Diana’s tragic death. Nicki Swift asked 601 people what they thought the most tragic royal family event has been thus far, and over 70% agreed that Diana’s car accident and subsequent death definitely takes the top spot.

In 1997, Diana was already divorced from Prince Charles, though the two still shared their young sons, Prince William and Prince Harry. One evening, Diana was dining with her boyfriend, Dodi Al-Fayed, when the two got into a car to go back to his apartment. According to History, the car was going quite fast, and at one point, they crashed into a pillar on the bridge, with Al-Fayed and the car’s driver dying on the scene. Diana was transported to a hospital, but by the following morning, she died due to injuries sustained in the crash. Diana was only 36 years old at the time of her death.

As for the rest of the responses, Queen Elizabeth losing her mother and sister got 10.82% of the vote, Prince Philip’s death got 9.98% of the vote, and Meghan Markle and Prince Harry stepping back from their royal duties earned 8.49% of the vote.